Connect with Pittsburgh’s steel industry heritage on this guided tour of the Carrie Blast Furnaces National Historic Landmark. Tours highlight the site’s iron-making technology, its workers, and their culture. 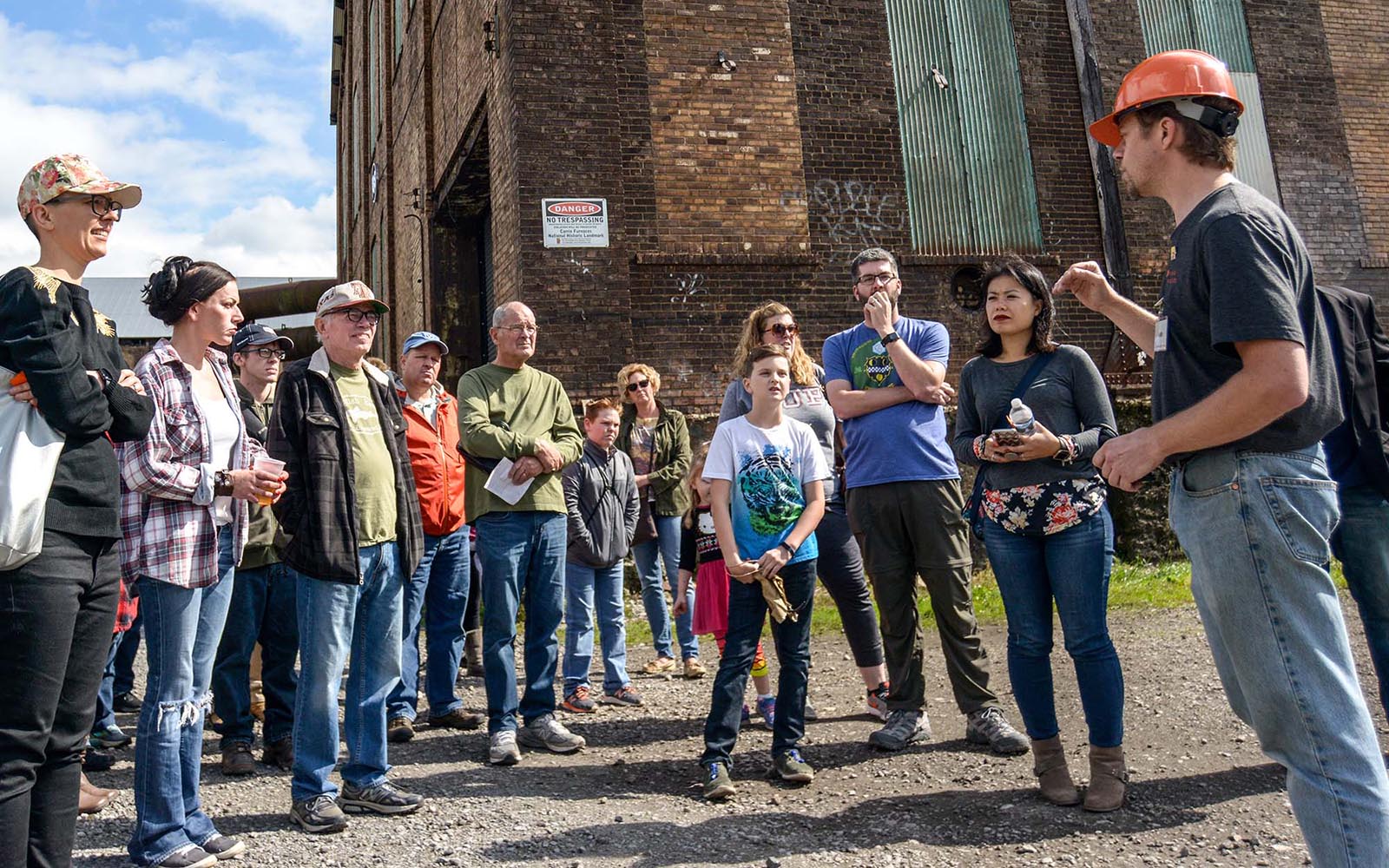 Declared a National Historic Landmark in 2006, Carrie, as it’s affectionately known, entices visitors to marvel at the scale and legacy of its industrial might.  A remnant of the legendary U.S. Steel Homestead Steel Works, the Carrie Blast Furnaces are a vestige of Pittsburgh’s 20th-century domination of the steel industry.

During this two-hour guided tour, you’ll hear stories about the site’s technology (including why it is nationally significant), as well as get to know the culture of its workers. You’ll also learn a bit about the iron-making process, from the movement of the raw materials to the tapping of the furnaces that produced fiery molten iron.

Explore the Steel City by taking a tour of the Carrie Blast Furnaces! Morning and afternoon tours are offered seasonally from May through October.

*Tours are limited to 25 participants. We highly recommend purchasing tickets in advance as we cannot guarantee tickets will be available for walk ups.

Thank you for following these guidelines. We wish you to have the best visit possible, and appreciate your patience as we continue to improve the visitor experience.