The 2019 Festival of Combustion features live music throughout the day and all evening from both local and nationally touring artists, presented by Rivers of Steel and 91.3 WYEP!  The evening festivities also include flame performances, an evening iron pour, a host of arts activities, and a one-of-a-kind fireworks display over the Carrie Blast Furnaces National Historic Landmark beginning at dusk.

Get Your Tickets Here Local Pittsburgh rockers the Turbosonics feature a premium blend of authentic surf beats, layered with modern fuzz tones, and artisanal pacific-coast melodies. The band’s influences range from surf icons like Dick Dale and The Surfaris to The Who, The Clash, and Black Sabbath. The Turbosonics’ original compositions blend the authentic instrumental surf sound with rockabilly vibes and the raw edge that defines their unique style… “Playin’ Surf at Maximum Impact!” Ferdinand the Bull is the project of Pennsylvania-based singer/songwriter Nick Snyder and multi-instrumentalist Bryce Rabideau. Since its inception in 2013, the band has grown from a passion project of Nick’s into a force to be reckoned with in the midwestern folk scene. Their energetic live shows, driven by bold vocal harmonies, intricate arrangements, and a bombastic rhythm section, have captured audiences across the country. Dan Getkin and the Twelve Six

Despite what you may have surmised, only five individuals make-up Dan Getkin and the Twelve Six, an alt-country outfit from the Steel City. Named for a type of curveball that can buckle a man at the knees, the band careens from full-tilt rock anthems to delicate, narrative-driven balladry and back around. Singer/songwriter and guitarist Dan Getkin leads airtight rhythm section Alex Herd (bass) and Eddan Sparks (drums), along with lead guitarist Bill Brandt and keyboardist Jake Troxell, through hook-laden, thoughtful songs that belie influences ranging from Kathleen Edwards and Wilco to Motown-era R’n’B and classic country. The Ruen Brothers have gone from sleepy English steel-town obscurity to playing the stages of Glastonbury, Coachella and Bonnaroo among other notable festivals. Inspired by their music aficionado father who raised the duo on a steady diet of The Rolling Stones and Van Morrison, the Ruen Brothers caught the performing bug early, making their mark with an evocative, distinct sound and “swooping vocals that’d make Roy Orbison jealous” (NME).  The result is the warmly melodic album, All My Shades of Blue, recorded in Los Angeles with the iconic Rick Rubin, and features Chad Smith (Red Hot Chilli Peppers ) on drums, Dave Keuning (The Killers) on strings and Ian McLagan (Faces/Small Faces ) on keyboards. 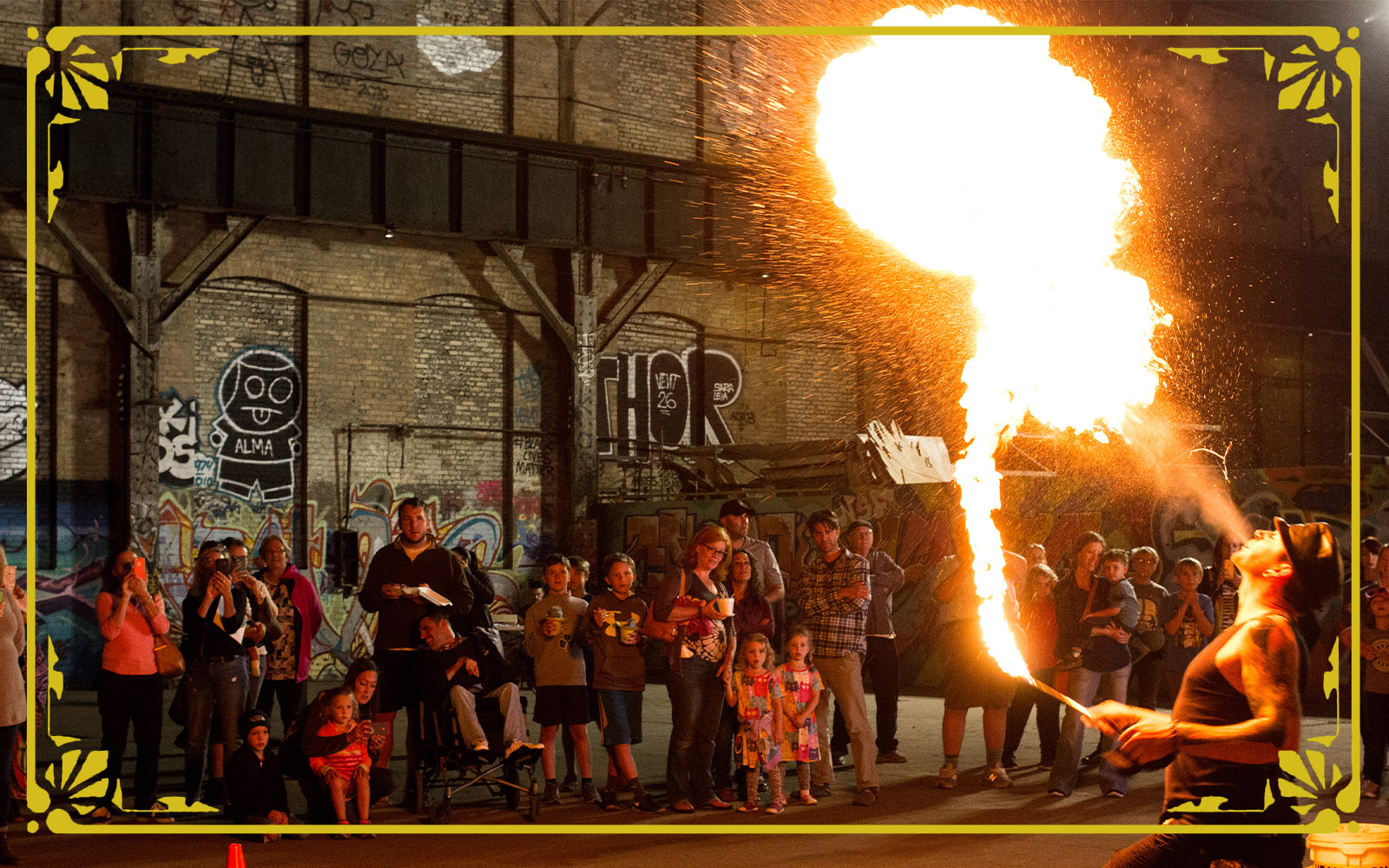 Joining the Festival of Combustion all the way from Baltimore Maryland, Erin Jeannier and her circus performance crew will bring the thrills with live fire breathing, fire spinning, and dancing throughout the evening.  Daytime attractions also include stilt walkers and side show acts. Wonder what happens when you pour molten iron into solid ice?  Find out at the Festival of Combustion after dark!  Rock out to some of today’s best alt-country and Americana rockers and watch the molten metal glow like hot lava. Rivers of Steel and 91.3 WYEP are excited to present Nikki Lane live at the 2019 Festival of Combustion.  Performing songs from her stunning third album Highway Queen,  the young Nashville singer has emerged as one of country and rock’s most gifted songwriters. Blending potent lyrics, unbridled blues guitars and vintage Sixties country-pop swagger, Lane’s new music will resonate as easily with Lana Del Rey and Jenny Lewis fans as those of Neil Young and Tom Petty. Fireworks over the Carrie Blast Furnaces!

Don’t miss the first-ever fireworks display over the Carrie Blast Furnaces.  Taking place at dusk, this 25 minute fireworks show will kick off the final musical act of the evening and send the 2019 Festival of Combustion out with a real bang!

Get Your Tickets Here