By Carly McCoyJanuary 12, 2023Blog
No Comments 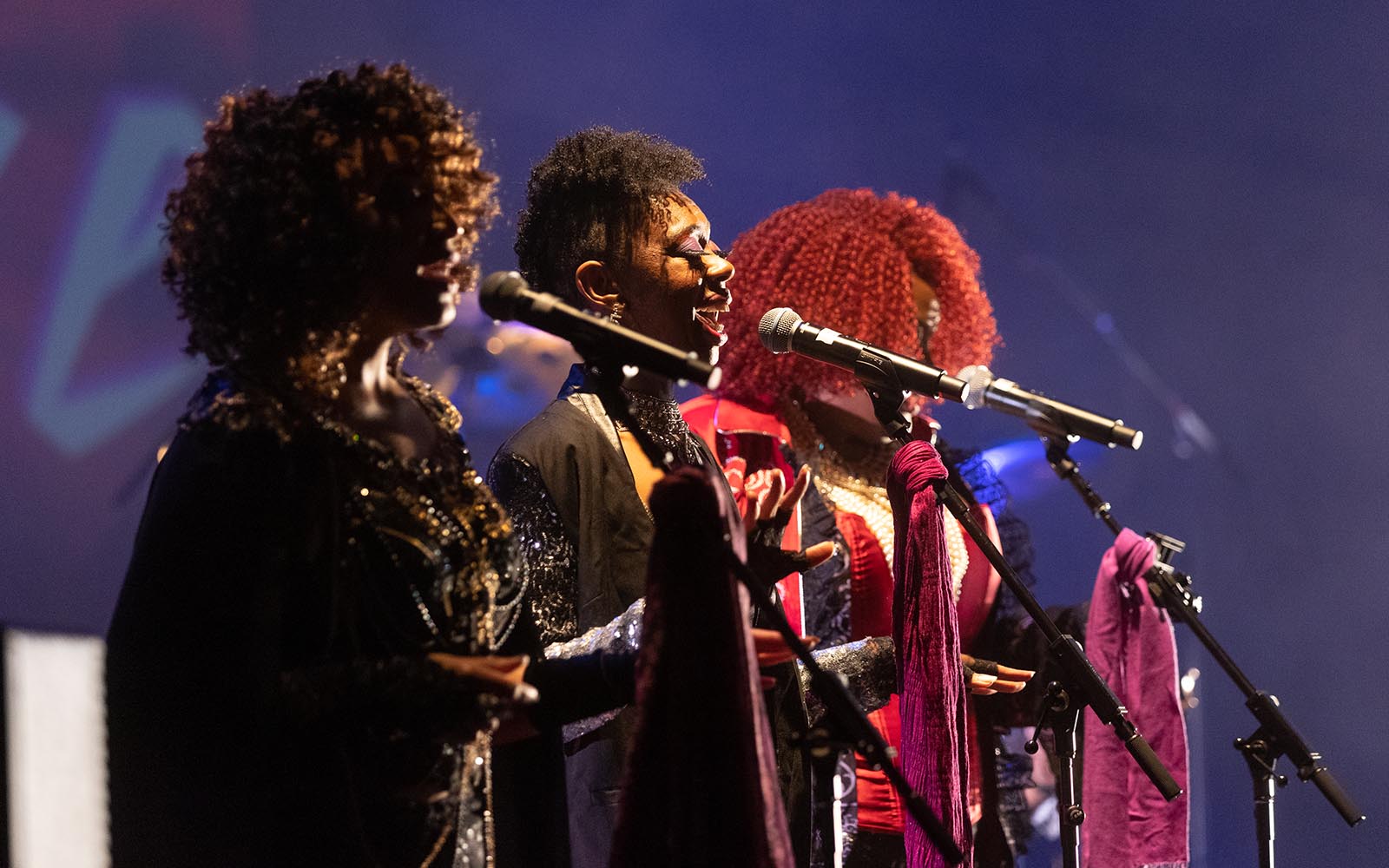 By Gita Michulka, Contributing Writer   |   Image: The Sunstar Festival is among the upcoming community events at the Kelly Strayhorn Theater.

The Community Spotlight series features the efforts of Rivers of Steel’s partner organizations, along with collaborative partnerships, that reflect the diversity and vibrancy of the communities within the Rivers of Steel National Heritage Area.

Since its inception, the Kelly Strayhorn Theater (KST) has always been more than just a performance space. They hold true to their mission of offering some of the most bold, unique, and inclusive events found in the city, but it is the organization’s dedication to its location that makes it exceptional. To call KST “neighborly” would be an understatement. Everything KST offers is infused with care for the community—from creating a safe and welcoming atmosphere for all who enter to highlighting and elevating the longstanding East Liberty community.

The Producing Partners program at the theater allows for a broad range of associates to rent the theater space for public shows, and in turn, KST staff support the renters with equipment and technical support.

“Different organizations are using the theater for multifaceted purposes, from presenting performances to presenting awards shows to recitals to full theatrical productions—all sorts of different kinds of engagements,” says Ben Pryor, Programming Director at KST. “And we really work with the producing partners to flesh out the details of their event. There’ll be a range of different folks that come through the program, some who are really well versed in producing their own work and some producing an event for the first time and really maybe coming in with not a lot of experience in doing that. So we work really closely with them to figure out what they’re going to need and how we can accommodate that.” The Fully Expressed performance at the KST, September, 2022.

“The mission of Kelly Strayhorn Theater is to be accessible to the community. But it’s hard to say that we’re helping if our equipment isn’t up to par,” says J. R. Shaw with a laugh. Shaw serves as Production Manager at KST, where he works to ensure partners have the equipment and setup they need.

“When our existing microphone system was purchased, there was a certain radio wavelength that we could use, but over time that has been opened up to more general use,” Shaw explains. “Which has meant that as development and more people move into the area, we’ve run into more issues with interference, with static, with the equipment being not as reliable. And so being able to upgrade this equipment is great.”

The theater has purchased new wireless lavalier microphones, handheld microphones, and headsets as part of their robust sound system to allow for a broader range of performances including more movement-based shows or more conversational settings.

Both Pryor and Shaw are quick to point out the significance of something as seemingly mundane as an equipment upgrade. “For a lot of our partners, in many cases, this is their first time ever producing a show,” says Shaw. “And so they don’t necessarily have the resources for an additional outside rental or they may not know initially that this might be an issue that they need to work with. So being able to have high-quality equipment on hand that our partners can use is really going towards the experience and to the service that we provide and how we can serve people as they are making their voices heard.” The Marking this Moment in Time exhbition at the KST, September, 2022.

Programming at KST includes public events, classes and workshops, artist fellowships, family programming, and so much more. The lobby space has also been updated as a gallery and exhibition space offering multiple showcases for guests.

Upcoming features include Neighbor to Neighbor, a group exhibition that challenges artists and patrons to visualize ideas around equitable and active neighboring, and R.E.S.P.E.C.T. An Aretha Franklin Tribute Concert, both of which open on February 11, 2023.

To learn more about the mission and programming at Kelly Strayhorn Theater visit kelly-strayhorn.org.

The Rivers of Steel National Heritage Area is one of twelve supported by the Pennsylvania Department of Conservation and Natural Resources (DCNR). Funding is provided via DCNR’s Community Conservation Partnerships Program and the Environmental Stewardship Fund to Rivers of Steel, which administers the Mini-Grant Program. The Kelly Strayhorn Theater is one of eight organizations who received Mini-Grant funding through this program in 2022.

All photos are courtesy of the Kelly Strayhorn Theater.

If you’d like to know more about community projects supported by the Mini-Grant Program, read Gita’s recent article about the Battle of Homestead Foundation.